International Forum in Support of 2017 UN Human Rights Day: Refused to Be Victims of Silence

The Federal Communications Commission (FCC) in the US has voted to abolish Net neutrality regulations in December. Alan Hung mentioned: “Net neutrality regulations are essential for maintaining individual human rights on the internet. Without it, internet service providers may charge extra money for access to specific sites or block sites completely. The main reason for why this may happen if net neutrality is repealed is a lack of competition for internet service providers.”

Kent Wu works under a highly competitive environment in Silicon Valley. He said: “respect and transparent process are things to inspire people to be innovative to achieve their potential. It forms a virtuous cycle to tie people together in order to make a difference. In addition, it helps to fortify the foundation of human rights.” Chris Tsai mentioned: “Human rights were fought for by our ancestors for massive periods of time. We have gone from absolute tyranny to democracy in a period of centuries. We must take the example of the civil Rights movement to push forth and understand each of our own responsibilities to protect human rights and fight for further of it.”

Yi-Chuan Lu shared: “the tax rate in the US is relatively high. But the tax authorities are rather clear-cut about the laws: they return every cent of

overpaid tax plus interest back after investigations. In Taiwan, to keep up with those developed countries, tax reformations are urgent and imperative at this moment.”

Professor Kenneth Jacobsen, also known as a famous human rights attorney, stated he studied the Tai Ji Men tax case for close two years. He pointed out in the Tai Ji Men tax case, there are many due process and “International Covenant on Civil and Political Rights” violations. The Taiwan government's handling of taxation directly infringes on human rights and seriously violates its right to freedom of belief and freedoms.  He calls for the Taiwan government to achieve fairness and justice and also be very clear-cut.  Dr. Rene Wadlow, President of Association of World Citizens further pointed out that the Tai Ji Men tax case is only one of many tax cases in Taiwan. He urged the Taiwanese government to make thorough tax reform so Taiwan can truly become a country ruled by law with a fair taxation system.

Shuchi Hung said: as terrorist attacks around the world continue, we are not sure we will not encounter it. Therefore, we are faced with the threat of basic right to life. We should not be left alone.  We must embrace the spirit of Martin Luther, a theology professor who launched the Protestant Reformation, to insist the right things!

Chi Lin shared: “‘Human rights’ are universal values ​​and common goals. However, the levels of practice vary greatly across all countries and regions. Human rights violations are still happening in every corner, such as domestic violence, school bullying, workplace harassment, and so on. In 15 years of mental health counselors’ practice, Chi Lin found out that the biggest persecution of human rights came from the government; silence won’t stop violence. Chi Lin encourages everyone in every corner to be a guardian of human rights.”

UN Secretary General, Antonio Guterres, stated in his speech “Human rights are the foundation of peaceful societies and sustainable development. The Universal Declaration of Human Rights established the equality and dignity of every person. And it makes governments responsible for ensuring that people can enjoy their inalienable rights and freedoms. Today, we see disturbing hostility towards human rights in all regions. Let us stand against those negative forces.  The Universal Declaration of Human Rights is the most translated document in the world. Let us together make sure the words are translated into action. Let us stand up and speak out for human rights. They protect us all.” The United Nations starts a one-year event on Human Rights Day to commemorate the forthcoming 70th anniversary of the Universal Declaration of Human Rights.  The Declaration, translated in more than 500 languages, announces the inalienable rights of every individual as a human being.

Time's Person of the Year 2017 is 'The Silence Breakers'. They are people from all races, classes, and occupations all over the world who came forward with stories of sexual harassment and assault and helped force a nationwide reckoning. It is an urgent task to gather more good and powerful forces to implement human rights in the world. 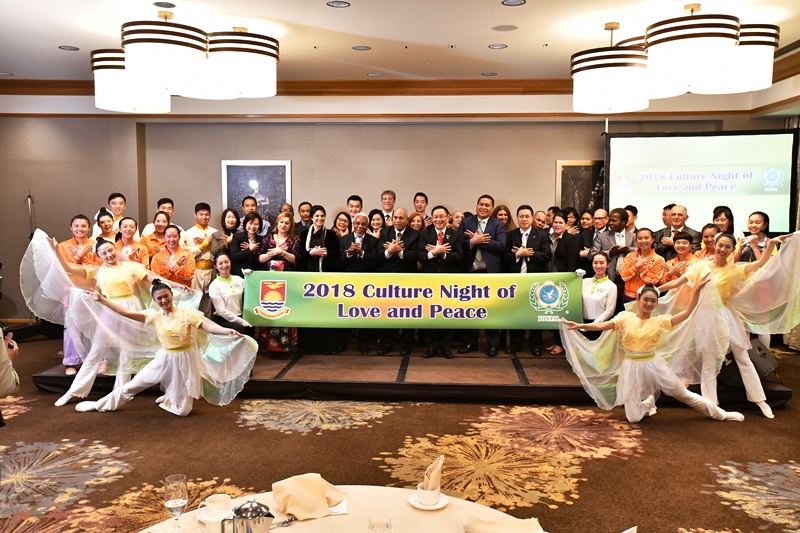